act 1: All women are at risk for ovarian cancer.

Ovarian cancer is diagnosed annually in nearly a quarter of a million women globally, and is responsible for 140,000 deaths each year. Unlike some other cancers, developing and developed nations are similarly affected by the disease. It is important to be aware of symptoms, risk factors and your family history on both your father’s and mother’s side of the family.

Fact 2: Awareness of the early warning signs of the disease may save lives

Experts believe that the frequency and combination of particular symptoms could be early warning signs of ovarian cancer. If a woman experiences one or more of the following symptoms frequently it is important that she discuss them with her doctor.

While these symptoms are often associated with more common and less serious conditions it is better to check them out.

Fact 3: Diagnosis at an early stage vastly improves a woman’s chance of survival

When ovarian cancer is detected at an early stage, when the cancer remains confined to the ovary, up to 90% of women are likely to survive for more than five years (the length of time over which survival is normally measured when assessing cancer treatment). A woman who has symptoms suggestive of ovarian cancer should be referred directly to a specialist to obtain an accurate diagnosis. If she is diagnosed with ovarian cancer, a gynecologic oncologist, who is a specialist who treats women’s cancers, is the best person to manage her care.

Fact 4: Ovarian cancer is often diagnosed at a late stage

Ovarian cancer is frequently diagnosed when the cancer is already at an advanced stage and women often delay seeking help. This may be because the woman thinks her symptoms are due to ‘the time of the month’, ‘the menopause’, ‘something I ate’ or confused with other common stomach and digestive complaints. Doctors also often initially suspect less serious causes for the symptoms, but the frequency of symptoms should help them know when to consider ovarian cancer, that is why using a symptom diary might be helpful.

It does not. It detects pre-cancerous changes to cells of the cervix, which is treated much more successfully than ovarian cancer. 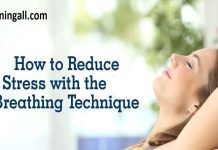 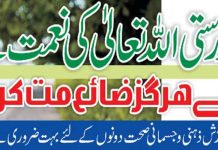