LearningAll.com Education for All
Home Convocations

The graduates of 2009 Entry who have completed their BSc Engineering Programme in Civil,

Computer, Electrical, Mechanical, Software, and Telecommunication Engineering from the University

b) The graduates of 2009 Entry who have completed their BSc Engineering Programme in Electronic And Mechatronics Engineering from the University Sub Campus Chakwal 30-09-2015.

c) The graduates of previous Entries who have completed their BSc Engineering Programme from the University and Sub Campus Chakwal up to 30-09-2015, after the Eleventh Convocation. d) The graduates who have completed their MSc and PhD Programmes from the University up to 15.08.2013 after the Eleventh Convocation.

Note: The medals will be awarded to the graduates on the basis of overall best performance in the entire BSc Engineering Degree Programme. Letters are being issued individually to such medalists.

Two guests for each graduate will be allowed to attend the Convocation on payment of Rs 1000/-per guest. The amount can be paid through HBL bank Drafts (Add Rs 350/- for Bank Drafts of other Banks), Pay Orders, Postal Orders or Bank Challans at HBL, UET Taxila.

The graduates must confirm their participation with or without guests by filling in the “Willingness Form for Convocation 2015” available on University Website and sending it to the undersigned so as to reach not later than 20-10-2015. Invitation cards for guests will be issued on the day of rehearsal.

Only those graduates will be allowed to attend the ceremony, who has already confirmed their participation provided that they attend the rehearsal at Multipurpose Hall, UET Taxila and obtain their entry cards before rehearsal. From the prescribed registration desks. Letters giving detailed instructions are being issued to such graduates. The convocation robes will be provided by the contractor on the day of rehearsal on payment of Rs. 500/- as rent-cum-security. The security will be refunded on return of the robes after deducting the rent. While attending the rehearsal, the graduates are required to bring with them the following documents:

The graduates may note that they will not be allowed to attend the convocation if:

1. They do not take part in the rehearsal,

2. They do not obtain the entry card,

3. They do not wear the convocation robe,

4. They do not have, with them, their national identity card, and

5. They do not reach the convocation place in time.

The graduates are directed to behave properly during the ceremony. In case of any behavior not suitable for the grace of the ceremony, the degree is liable to be cancelled/ withheld. 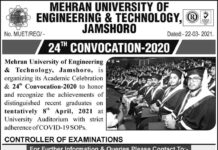 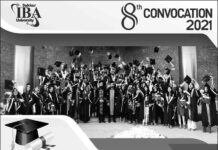 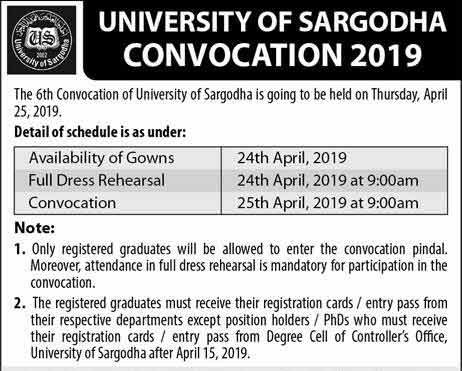 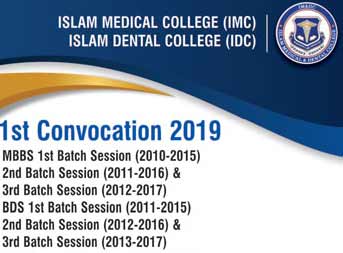