Prime Minister Syed Yousuf Raza Gilani has said former President retired General Pervez Musharraf has to face charges against him if he returns to Pakistan. 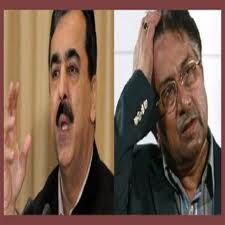 In an interview with CNN‚ the Prime Minister said Pervez Musharraf became President fraudulently and held referendum which was unconstitutional. The Prime Minister said Pakistan’s constitution not only provides complete immunity to the president but also to the prime minister and foreign minister as well. To a question Prime Minister Gilani said we are fighting the war against terrorism for our own security and survival. He said the future strategy regarding the relations with U.S will be devised by the parliament.