Great people are always great. They possess some extraordinary quality that makes their personality favorite and ideal. Generally speaking great people are great servers and saviors of mankind. They impress others with their unmatched ideas and works. Every person has favorite or ideal person whom he respects and loves. My favorite person is the world famous Pakistani scientist Dr. Abdul Qadeer Khan. His personality serves as a beacon light for my life. 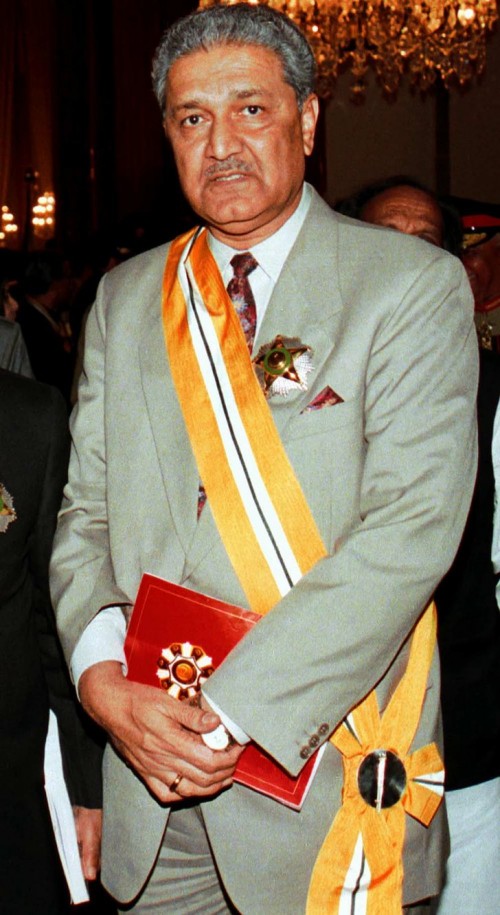 I always idealize Dr. Abdul Qadeer Khan as my favorite personality. I like his services, his ideas and his determination. He achieved the remarkable landmarks in the history of science especially atomic energy.

Dr. Abdul Qadeer Khan was born on 1st April 1936 in Bhopal India. He was the youngest and the most beloved child of his parents. He was born to an educated family. He received his early education at Ganwary Primary School. He did his matriculation from Hamidia High School that was the most distinguished educational Institution. Qadeer Khan had great interest in studies. He was very intelligent and industrious student. Reading was his favorite hobby while physics was his favorite subject. As a student he was determined to become and engineer or a scientist. He was a promising youth. The foundations were laid at the beginning. His teacher Raza Khan was a very disciplined and scholarly figure. The thirst for more and specialized knowledge made Qadeer Khan travel abroad. He was so committed and devoted that he impressed his foreign teachers with his scientific approach and inquisitive mind.

He was physically very fit. His eyes and hair are black. He is tall-statured. His physically appearance is quite impressive.

Qadeer Khan is a great patriot. As a child he had such a good training that he developed in to a good Muslim and a great human being. He always wished and planned to serve others. As a Muslim he believes in the religion of humanity. He can never see others suffering. He possesses optimistic ideas about life. The greatest service of Dr. Qadeer Khan is as a scientist. In the reign of Z.A. Bhutto he was asked to join Pakistan and do something for its atomic power. At that time he was in Holland. He was serving there at a very well reputed scientific and research institute. But for the nation sake he left it and cam to Pakistan. Since then Pakistan has never looked back. Kahota as a place for atomic research is his sole selection. He always considered defense top priority. His contribution for atomic explosions at Chaghi in 1999 is his unique service. This makes him a distinguished character and my her in history

In the end, I can say that the character, services and achievement of Dr. Qadeer Khan are simply be idealized and followed. Dr. Qadeer khan possesses all the qualities that make him my hero. Great people live beyond the limits of time and space. They are immortal.

Essay on Science and Technology Blessing or Curse

The Best Essay on The Topic Examinations

Essay on the Importance of National Unity and Strength

The Best Essay on The Topic Unemployment