COLERIDGE’S Kubla Khan is one of the most famous poems of the Romantic Period by. The outstanding poet wrote this master piece, but was interrupted by the visit of somebody in the middle and could not put an end.

The poem contrasts a man-made earthly paradise, which proves unable to resist demonic forces and is doomed to be annihilated, with a “true” form of Paradise. Read the poem and re-write it in 5000 to 10000 word prose style suggesting an end. This end should cope with the creativeness of and main idea of the poem.

NB: The Arabic Writing Contest will be posted soon. 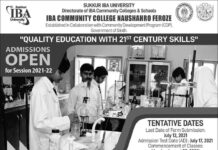