LearningAll.com Education for All
Home Accounts

Industrial development plays a pivotal role in economic uplift. It raises the productive capacity of the people and creates ever-increasing employment opportunities. The people thus can have more goods and service: leisure and better health denied the previous generations.
Industrial development reduces dependence on agricultural exports to earn badly-needed foreign exchange. An industrialized nation is always economically stronger and thus capable of defending itself against any aggression.

Following are the main industries of our country

Industrial Sector is the second largest individual sector of the economy accounting for 24% of the GDP. The activity in the manufacturing sector is comprised of large, medium and small-scale. The industrial Production growth rate during the year 2005 remained 6%. Large scale manufacturing growth rate is 19.9%.
Most of the present economic problems in Pakistan are ultimately linked to the slow pace of industrial development. Rapid industrialization is considered by the economic exports as the sovereign remedy to put our economy on a sound basis.
Importance of Industrial Sector in Pakistan or Role of Industrial Sector In economic Development

Industrialization helps in increasing the value of output per worker. The income of the labor, due to higher productivity increases. The rise in income raises the living standard of the people.

Industrial sector also helps government to stabilize price in country when goods are available in sufficient quantity, there is n0 change of increasing prices of these items.
Industrialization is the best way of providing economic stability to the country. A nation which depends upon the production and export of raw material alone cannot achieve a rapid rate people.

Industrial Sector is also important and helpful in agricultural development. Because it provides fertilizers pesticides, seeds, machinery etc, agricultural sector these things promotes agricultural development
Industrialization provides machinery like tractors, thrashers, harvesters, bulldozers, aerial spray etc.. to be used in the farm sector. The increased use of modem inputs has increased the yield of crops per hectare. The increase in the income of the farmers has given boost to economic development in the country.

Industrial Sector provides employment to majority of population. This sector provides employment to both skilled and unskilled labour.  According to one estimate more that 50% of total labor force is employed in industry.
Pakistan is a developing country and there population growth rate is 1.573% in 2011. but the rate of increase in G.N.P is relatively low, therefore, there is general unemployment (25 %) in 2009, and disguised unemployment is increase in agriculture sector. Developed industrial sector can absorb millions of unemployed which will increase not only the income level but also the standard of living.

Modem defense cannot be put on a sound footing unless its basic needs are met from within the country itself and these basic needs are mainly supplied by modem industry, in the present times it have become more important as we surrounded by enemies.

Industrialization promotes specialization of labor. The division of work increases the marginal value product of labor. The income of worker in the industrial sector is therefore, higher than that of a worker in agricultural sector.

Industrialization increases the income of the workers. It enhances their capacity to save. The voluntary savings stimulate industrial growth and by cumulative effect lead to further expansion of industry.

Industrialization provides larger scope for on the job-training and technological progress. The use of advanced technology increases the scale of production, reduces cost of production. Improves quality of the product and helps in widening of the market.

Increase in the Government Revenue

Industrialization increases the supply of goods both for internal and external markets. The export of goods provides foreign exchange. The customs excise duties and other taxes levied on the production of goods increase the revenue of the state.

The industrial activity compared to agricultural is easy to control. The industrial production can be expanded or cut down according to the price, cost and demand of the product.

Reduction in the Rate of population Growth

Industrialization leads to migration of surplus labor from farm sector to the industries mostly situated in urban centers. In cities, improved facilities of sanitation and health care are available. People through the adoption of family planning measures, reduce the rate of population growth.

Industrialization eliminates dependence on agriculture only. By exporting finished and industrial goods we can earn a lot of money as compared to exporting raw materials.

With developed industrial sector we cannot only produce substitute of imported goods but we can export them to other countries. Therefore dependence on other countries and deficit in balance of trade and balance of payments can be decreased and we may be able to save foreign exchange.

Extension of market depends on the quantity of demand. There is a demand of finished products within and outside the country. With increase in industrial production we can supply goods to far-off  places and to other countries and extend market which may help in economic development.

Agriculture, minerals, transport and communication trade and other sector of the economy mainly depend on industrial sector. Developed industrial sector means development and economic welfare of the individuals.

In an agrarian country people in general are illiterate. Customary traditional and backward in thinking industrial starts running on the path of development.

In international market, those countries are enjoying higher living standards which we industrially developed. They not only receive higher prices for their exports and earn foreign exchange but their financial and political condition also become more stable.

Industrial sector is also plays great role in social welfare this sector meets different needs of society like food and fiber requirement of population.
Industrial development increases the revenue of the government which is spent on the welfare of people. New roads, dams, buildings and parks are constructed.

Due to industrialization in Pakistan  now cotton and sugarcane is used in the domestic industries. It has increased the income of the people and there is no need to export the raw material.

Imports of country can be reduced by establishing industries of those goods that are being imported from other countries in this way national foreign exchange service can be saved.

Industries will make the people hardworking and will go a long way to increase their efficiency.

From the above discussion it is clear that no doubt Industrial sector has much importance for economic development without industrial sector no country can make progress in this modern world.

What is Causes of Industrial backwardness in Pakistan?

Ans:
Causes of industrial backwardness in Pakistan are different types and nature these problems can be solved with sincere efforts of governments

Our country is developing country and we should establish small and medium enterprises (SME) Instead of large scale because we have less finance to run large scale industry.

We should establish every type of industry in every line so that we will be able to produce every product in our country and in this we can maximum Imports.

Government should obtain maximum foreign AID to compensate low rate of saving so that maximum investment will take place in country.

Governments should charge Minimum taxes from industrialists. So that they may not be discount maximum tax concessions should be given to businessman.

Government should establish maximum industrial cities and zones where every facility should be provided to industrialists easily and at low rates.

Government should maintain law and order in country so that security of life and property will be given to business and they will fed comfortable and will be ready to invest in country.

Governments Should Promote saving Culture in the Country by introducing different attractive schemes to public of country.

Government should provide maximum credit facility to businessman so that they will be able to meet there all financial needs and carry on their business.

It the above steps are taken by the government sincerely and at proper time and with full commitment. Maximum problems of industrial sector will be solved. 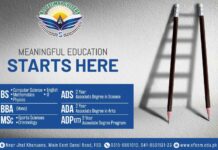