Note: prospectus is available at college admission office. Dates for test and interview are remain same.

There will be a pre-entry test for admission in Balochistan Agriculture College, Quetta which will be taken through NTS. This will be compulsory for all categories of seats.

The total number of slots for M. Sc. (Hons.) Agriculture course during the academic year (1st Semester) 2022-2023 in Balochistan Agriculture College, Quetta shall be 20.

There are 04 seats reserved for each discipline (Agricultural Extension, Agronomy, Entomology, Horticulture, and Plant Pathology).

The candidates seeking admission to Balochistan Agriculture College, shall have to produce before the Selection Committee, a Local/Domicile certificate issued by the Deputy Commissioner Cum-District Magistrate/District Administrative Officer of the respective District under the Pakistan Citizenship Act 1951 (Act II of 1951) and the rules made there under.

The minimum qualification for a candidate for admission to 1st Semester M.Sc. (Hons.) Agriculture class is the B.Sc.(Hons.) Agriculture 4 years degree at least 2nd Division in annual system and 3.00 CGPA in case of semester system in the relevant subject from a HEC recognized University.

A candidate found in possession of two or more Local/Domicile certificates issued by the District Magistrate of different Districts at the time of submission of application for admission, shall not be considered against either of the districts quota.

No candidate, even if selected by the Selection Committee, shall be admitted to Balochistan Agriculture College, Quetta after 10 days from the date of announcement of final results of the Selection Committee through the Local/National Newspapers, Radio, Television and by displaying the same on the Notice Board of the College. Besides, the Principal of Balochistan Agriculture College has the right to fill the vacant slots from the candidate standing on the waiting list of the respective districts.

Employees of provincial Agriculture Department seeking admission to Balochistan Agriculture College shall have to produce a NOC and two years leave notification issued by the competent authority.

No notice / letter shall be issued individually to the candidates for inviting applications, Communication of rest of the interviews or any other instructions. Publication of instructions through the press release in the Local / National Newspapers and announcement through Radio and Television shall be deemed sufficient.

Applications for admission along with documents received in the College shall not be returned. In case, as candidate has submitted the original certificates with his/her application, the same will be returned to him / her on supplying the attested copies of the said certificates. After admission procedure is over.

A candidate who, for the purpose of getting admission furnishes or relies upon a certificate or any other document of information which is incorrect or false, shall be debarred from admission in the college for that academic session and shall also be liable for prosecution in the Court of Law.

There will be an entry test for admission to M. Sc. (Hons.) Agric. 1st semester class, the test will be held in the following subjects:

Subject of specialization for M.Sc.(Hons.)Agriculture.

The qualifying marks in entry test shall be 50%. Any candidate who fails to qualify the entry test will not be considered for admission. The weight-age for the preparation of final merit list will be as under:

Marks of SSC or equivalent examination 10%

Pre-requisite for admission in M. Sc. (Hons.) Agric. 1st Semester is B. Sc.(Hons.)Agriculture with 1st and 2nd Division. However, in case the adjusted marks of the candidate with lower mark exceed those of a candidate with higher marks, the merit will be determined on the basis of adjusted marks. 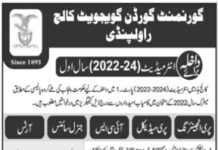 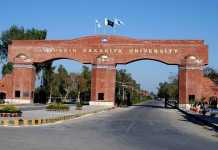