Minister for Religious Affairs Syed Khurshid Shah has said Senate elections will be held according to schedule and there would be no change in article 239 of the constitution. 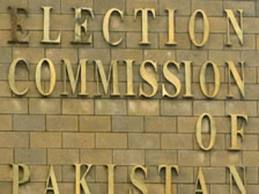 Talking to media in Karachi‚ he said the budget for the next financial year would be presented in the national assembly in May. The minister said after the budget‚ the appointment of an independent chief election commissioner would be discussed with the concerned quarters. Syed Khursheed Shah said the PPP-led government has given the autonomy to the provinces.